We’d been posted up at one of my favorite spots in the Mojave for half a day when the van pulled up, about 45 minutes after sunset. This place is isolated.  Earlier in the day I’d been thinking that the nearest human was likely 10 miles or more away.  The van contained a couple from Marin County CA who, it turned out, were “trying to see as many sand dunes as possible.”  Apparently they’ve seen dunes in 20 locations this season. When it became clear that they planned to camp 25 feet from us, I pointed out that there was another spot just up the road.  What I should have said, I suppose, is that camping etiquette dictates giving those who arrive first some space.  His response (I did manage not to laugh) was that he was not comfortable driving in sand.  I’m thinking safe driving in sand would be a good skill to have when driving from one dune field to another.

Yes, I’ve talked about rude campers before.  This is a different rant.  About the “peak bagger,” or the “been there, done that” phenomenon as I’ve heard Michael DeYoung call it.

The fundamental issue for me is respect for the land; the kind of veneration that comes from deep knowledge and humble exploration.  Perhaps right-minded bucket-listers exist, but I don’t believe I’ve met any, and furthermore I’m convinced that those who dash from one location to the next do the most damage, leaving trash and human waste and camping where they shouldn’t.  I respectfully submit that we can only know the land by slowing down and getting to know a place, spending time and being mindful.

It occurs to me that I’ve been communing happily with the Mojave Desert since my dad introduced us to its charms when we were kids.  Of course, the swimming pools in our Palm Springs hotels were a big draw, but the experience of feeling evening in the desert and seeing the bats come out of the mountains for the night have stayed with me.  Then my university botany class, which included a field trip to Anza Borrego State Park to learn about spring flowers, brought that all back.  I was hooked, and even before photography became important to me, I’d scoot off to the Mojave whenever I could.

There’s a sparseness and a specific magical quiet which, once experienced, is with you forever.  For solitude junkies like me, there are ample opportunities to get away from the famous places which are often overrun.  With patience and a good vehicle or the willingness to walk, there’s quite a bit to be discovered despite the Instagram syndrome.

I’m on board with the “Tag Responsibly” movement, but I’ll identify one location from last week’s trip since it’s on the Mojave Preserve’s list of places to dispersed camp. So, not a secret. Besides, the road is not for the faint of heart.  Caruthers Canyon has long been on my list.  It contains a lovely Pinon Juniper forest and lies at about 5500ft elevation.  There was snow on the ground when we arrived.  That and the big granitic boulders made for lovely scenery.

A little lower in elevation is our favorite Joshua Tree forest.  The crazy, windblown clouds made for a particularly photogenic day.  In the morning I was surrounded by coyotes singing to each other while waiting for the sun to come up.  This is the music of a wild space.

And then there were the dunes.  I can never get enough of dawn light on dune textures or the pastels when the sun is below the horizon.

I expect I’ll keep deepening my connection to this land as long as I’m able.  If I don’t see 20 different sand dune fields this year, that’s OK.

Thanks for the read.

There’s more on the newly minted Spring 2021 Gallery on the website.

Driving in circles and other stories

February started with a visit to a favorite place, Organ Pipe Cactus National Monument, this time on assignment.  The area I was asked to photograph is on a 21-mile one way loop road, which I drove four times.

Organ Pipe is famous for is namesake cactus, common in Mexico but only occurring in a small area the States.

For the sake of convenience I posted up in Twin Peaks campground, large and half shut down for COVID.  Mostly I’d rather not stay in campgrounds, but it was OK except that I was ¼ mile round trip from the nearest open restroom.

Proximity was a boon for the pitch-dark departures, seeking sunrise around the loop.  The Monument sits right on the Mexican border, and I did give a thought to how suspicious I might look at that hour to the Border Patrol, who keep up a strong presence there.  I imagined trying to vouch for myself and was ultimately grateful I didn’t have to.

I was blessed with particularly lovely sunrise light on those early mornings. 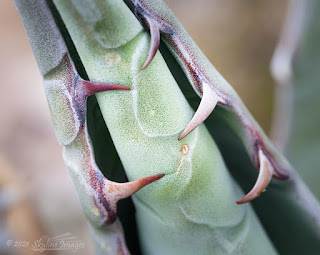 There are a couple of hikes along the loop, and I enjoyed photographing the little details we only notice when on foot, or perhaps even closer to the ground.

January 1 we dedicated a Peace Pole at the Community Center here in Yarnell.  I organized a photo booth for the first time, which was an interesting departure from landscape work.  That’s me in the photo booth with the pole in the header image.

Lake pleasant is about an hour away and is a great spot to camp and kayak with friends.  At least it would have been if not for the rain and wind.  Storms, though, are great for photography.  I hiked up to a high point in the predawn dark (we’re developing a theme) and oddly without my friends, who have a more normal sleep schedule.  The light was spectacular.

Local Yarnell painter Robert Brandon took a liking to this image and interpreted it in acrylics.  He and I have been talking about painting lessons for me for years.  I think it might be time to work on that. 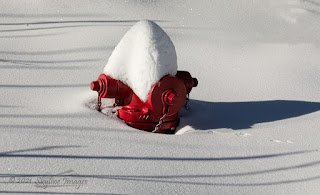 Later in the month we finally had snow in Yarnell.  We got about 18”, which is a big dump for us.  We were snowed-in for a few days, but I laced up the Sorels and slogged through town with my camera and the dog.  We walked in circles here too. 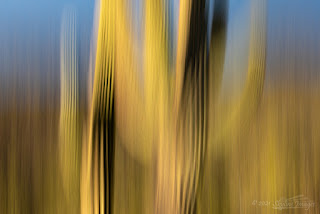 I’m still playing with camera movement (ICM for “intentional camera movement,” which I suppose should distinguish these shots from just plain mistakes).  Here are a couple of favorites, from Lake Pleasant and from the ‘hood.

Finally, if you're out and about, check out my images in a group show at the Wickenburg Art Center until February 21, and the Guatemala Cultural Exchange Exhibit at the Gilbert Historical Museum Gallery until February 21.  We're still planning to have a reception when the Guate images are hung at Burton Barr Library in Phoenix, but we don't know when that will be. I'll let you know.

Circle back to the winter gallery on the website for more of the latest.

Posted by Rebecca Wilks at 1:02 PM No comments:


What can be said about 2020 that hasn’t already?  If I stick with the positive, I’ll say that I needed a nudge to slow down (which certainly occurred), and that I was motivated to try lots of new things (I’ve been messing with tabletop still lifes and Intentional Camera Movement) and have done lots of on-line education, principally two Out of Chicago seminars.

I continue to be so very grateful for the support of friends and family, as well as clients and social media acquaintances.  Connection has become even more important this year.

So, here goes my annual exercise of choosing one favorite image from each month of the year.  Enjoy!

There’s magic in exploring a new place, especially when I have a tip about something exciting like petroglyphs.  Sharing an image of the ones I was tipped off on would seem like cheating, but these I found on my own, wandering around the area.  Ironwood Forest National Monument is an under-utilized gem which is well worth exploring.

What a thrill to be invited to chilly Holbrook, Arizona to photograph the Hashknife Pony Express! This multi-day ride from Holbrook to Scottsdale delivers real US Mail and has taken place for 61 years. Shawn and Wade were kind enough to model for us at sunrise.

Owl clover at Organ Pipe National Monument took my breath away on a gorgeous spring day.  It wasn’t a spectacular spring for flowers, but they were there for those who looked.

Yarnell Hill is my front door, and driving in and out in April, I kept seeing more primrose blooms each trip.  I was positioning for shots of the setting full moon at sunrise and stumbled on these clusters of blooms on either side of some disused stone stairs.  What a cool moment! 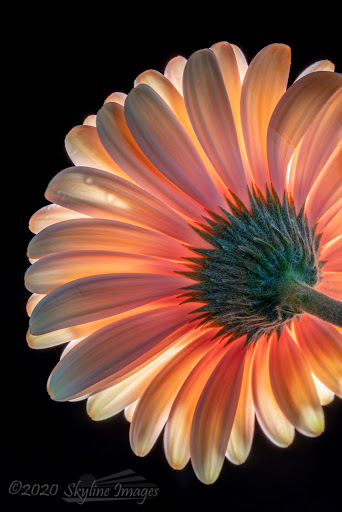 Tabletop photography of the versatile Gerbera Daisy.  Part of the fun here is controlling the lighting, which is not so easy out in nature.  I also appreciate the lack of wind in the house.


Close to home again, this time waiting for the full moon to rise over the Weaver Mountains in the evening (there’s a pattern here) I looked behind me and there were the purple mountains majesty rising from the desert floor.

My favorite little stand of aspens on the Kaibab Plateau.  I’ve photographed the heck out of this area in autumn, but I rather like it in summer, too.

This image is just plain off the wall.  I was wandering around the beach in San Clemente, trying to shoot something different than the usual pier shots, and decided to take a walk looking down.  It was low tide, and the rock (lovely on its own) had created this pattern in the retreating tide.  I thought it looked like a comet.

A bit of a new take on the backlighted autumn aspen shot, this one was taken while moving the camera.  The Wickenburg Art Club, which I’ve recently been juried into, does a fun annual show called “Double Takes,” where artists of other types and writers choose a work by a photographer for inspiration.  The two are exhibited together.  I liked this one enough to submit it, and you can see it and its not-yet-created counterpart there, along with many other pairs, March 1 – April 14.

Colorado was so very spectacular last autumn that choosing a favorite was nearly impossible.  Here, a stand of aspens on Kebler Pass.

Zing!  A sunset storm from the South Rim of the Grand Canyon.

Thanks again for riding along this year.  Who knows what 2021 will bring, but there will be photos.

Posted by Rebecca Wilks at 11:39 AM No comments: