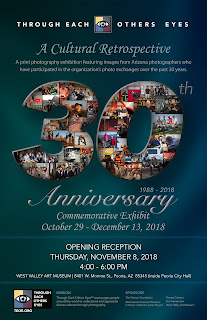 Through Each Other’s Eyes, a nonprofit I’ve been involved with for a couple of years, is celebrating its 30th anniversary.   Our mission is to encourage people around the world to understand and appreciate diverse cultures through photography.  The name comes from a Henry David Thoreau quote, “Could a greater miracle take place than for us to look through each other’s eyes for an instant?”

I loved the idea of commemorating the milestone with an exhibit of the gorgeous work of TEOE photographers, past and present.  This enthusiasm propelled me as I secured the venue, the West Valley Art Museum.  Before I knew it, I had volunteered to organize the thing.

In summary, October 29- December 13 we are showing 66 photo prints from 12 countries.  We’re also very excited that the Museum has an extensive collection of international costumes which, along with some TEOE members’ artifacts from abroad, will be on display as well.

Matted images are for sale.

Two events, both open to the public, are worth mentioning.  First, our reception and celebration will be held November 8 4:00-6:00 PM at the Museum, 8401 W Monroe, Peoria. There will be refreshments served (free food, friends).  The other event is a public lecture on “The Natural World” by TEOE member, travel and adventure photographer Kerrick James.  This talk will be held at the West Valley Art Museum November 15 at 4:00 PM.

In reality (despite my grumpy title) it’s been an honor to work on this project, and I’ve had lots of enthusiastic help from my TEOE friends.

And an honor to have my images included as well.

I hope to see you there.
Posted by Rebecca Wilks at 4:21 PM No comments: 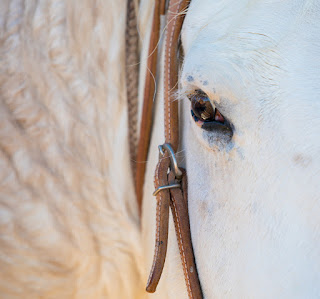 I enjoyed four days in a different culture last week and managed to do it without leaving Arizona.  Still it was indisputably another world.

I started getting the idea on the first night of the Arizona Highways Photoscapes “Ranching Arizona” workshop with Scott Baxter.  12-year-old Vinson Picozzi, by way of saying goodnight after dinner, tipped his hat to me and said, “Good night, Ma’am.”  Vinson is a sixth-generation rancher and cowboy in Apache County and has, as they say, been brought up right.  He’s been a photographic model for Scott for some time and is mature beyond his years while patiently posing as well.


A few weeks ago I photographed “mutton busting” at the Maughan Ranch Calf Sale in Peeples Valley AZ.  It’s a sheep riding competition for small kids. One of my high school friends commented on one of those images on Facebook, “Ain’t that America; I wish more kids were raised like this.”

There’s a particular cowboy ethic and practicality, I think.  Everyone we worked with has a quiet competence and professional demeanor.  I didn’t detect a shred of drama there.  There were lots of opportunities to lose patience with our endless requests and changes of plan.  Scott might ask mounted cowboys to ride the same route five or six times to get just the right shot for us.  This must have seemed a bit like the movie “Groundhog Day” to them, but they never complained and managed to gently tease us a bit, too.

If it's a fence, mend it, if it's a dollar bill, spend it


Before if burns a hole down in them jeans


If she's a lady, treat her like a queen


That's cowboy logic, every cowboy's got it


That's cowboy logic, every cowboy's got it


He's got a simple solution to just about anything

The song is a bit like cowboy poetry, inspiring and gently funny.  When I posted the first images from this outing on social media, My friend and cowboy poet Bill Vernieu offered Where the Ponies Come to Drink by Henry Herbert Knibbs.  Here’s a lovely excerpt which reminds me of our time last week photographing a remuda of 32 horses at day’s end:


Out they fling across the mesa,


Blacks and sorrels, bays and pintos,


From their hoofs the silver flashes,


Through the bunch-grass and the gramma


as they cross the little stream.


An aside:  Here’s a video of Bill reading another poem, The Bra by Bill Hirschi, which made me laugh club soda right out my nose.


Back on the ranch, we were treated to a demonstration from farrier Jason Hobson.  He made what is undoubtedly a difficult process look easy. It turns out that shoeing a horse is quite photogenic as well, with the red glow of the forge and the keratin (think fingernails) smoke from the hooves during a hot set.

It turned out that Jason, his 8-year-old son Jax, and Vinson Picozzi are all ropers.  After the horse was shod, they treated us to some impromptu roping demonstrations.  Again, years of hard work allowed them to make it look easy.

All this took place with the warm hospitality of X Diamond Ranch  Running this, her ancestors' spread, is Wink Crigler.  She’s the real deal. In addition to ranching she’s a historian, a collector of nickelodeons (among other things), an educator, and offers guest cabins on the property.  She’s the granddaughter of Molly Butler, famous founder of the eponymous lodge in nearby Greer.  There’s something on the menu there called a Wink Burger made with X Diamond beef. Yum.


Other photogenic cowboys graciously posing and riding for us were J. Brad Miller & Ken Moore, As well as Macky and Kim Trickey.  Kim is an artist, and her work is worth checking out. 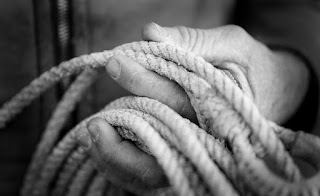 More from the X Diamond are in the Northern Arizona Gallery on the website.
Posted by Rebecca Wilks at 4:55 PM No comments: