Moab Photo symposium was great fun.  I had a chance to study a bit with (among others) Guy Tal.  Guy is a quiet man with a rather dry sense of humor.  About reprocessing older and sometimes forgotten images languishing on our hard drives, he said that he loves to dumpster dive.

I’ve been meaning to do just that for some time, and now that he’s glamorized the process for me, I’ve got a few oldies to share.

But first I’ll say that this exercise has taught me that I’ve improved.  I casually mined images from 2010 and found that each one of them could have been better based on the way I work now.  Some were not salvageable, and many required a significant crop as a starting point.  I hope that means that I’ve learned to simplify and emphasize what’s important.
Here are some examples.  I’ll make myself vulnerable and show you before images as well.  Be gentle if you’re able. 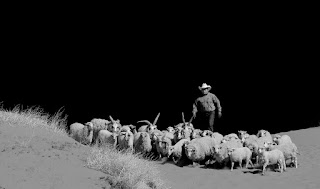 This shepherd with his churro sheep modeled for us during an Arizona Highways Photo Workshops trip to Monument Valley with LeRoy DeJolie.  I’m a bit of a nut about Navajo weavings, so I loved the opportunity to photograph the sheep; the beginning of the supply chain.  The new version is long on dead space and I love its drama.

This modification is really just a crop and some color management.  To me it conveys the feel of Antigua Guatemala in a better, if less literal, sense.  The thrill of rainy-season travel there is reflective puddles in the cobblestones. 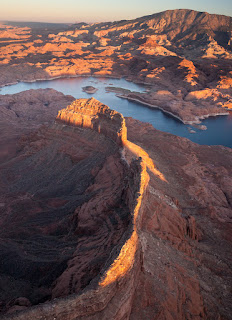 My helicopter pilot friend Maria Langer has since moved to Central Washington.  Here we were flying over Lake Powell with Gary Ladd, the photographic expert on the region.  Just after we landed, I told Gary that this was my favorite shot of the afternoon.  Somehow I didn’t love it when I was downloading, but I like it again now, six years later. 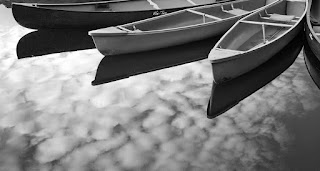 Watson Lake.  I keep going back both for the grand landscapes and for the details like this.  This is another good example of how color can distract from the story.  At the Symposium, Bruce Hucko said (I’m paraphrasing) that black and white opens up a new emotive way of sensing and connects us to our photographic roots. 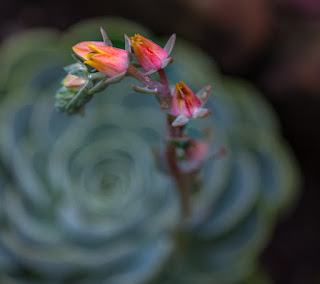 Finally, this little gem didn’t change much, but I love it all over again.  It too, comes from Antigua Guatemala.  Somebody had a little window box of plants that called my name.  Colleen Miniuk-Sperry talks about her “three second rule,” which requires that she photograph anything that makes her stop and look for at least three seconds.  This was one of those.

Photographers, I encourage you to undertake this little project.  As for the rest of you, thanks for coming along on my little nostalgia trip.
Posted by Rebecca Wilks at 7:46 AM No comments:

Email ThisBlogThis!Share to TwitterShare to FacebookShare to Pinterest
Labels: Educational


I’m just back from the Moab Photo Symposium.  I’d been through Moab Utah for one night a few years ago, shot two icons (Turret Arch and Landscape Arch), and moved along.

The theme of this small (maybe 75 attendees) event was “Personalize the Landscape.”  At least that’s what I think I heard that mentioned a few times; I can’t find it on the website or in any of the pre-event emails.  It wouldn’t be like event organizer and my new friend Bruce Hucko to push his own agenda over-hard.  Bruce creates a playful, fun tone which really sets this event apart.  But, I digress; the point is to try not to shoot what everyone else is shooting.

Guy Tal is perhaps emblematic of the personalization theme.  I’m especially fascinated by his scholarly research on “visual language,” the use of color, composition, and form to convey emotion in art.  I loved his portrayal of photographers who over-saturate as toddlers who don’t yet have the lexicon to express themselves and instead scream with the vocabulary they have.  Guy avoids those locations which are variously called postcard, iconic, or calendar shots and advocates for a depth of connection to a small number of places.  I think I also heard him say that he doesn’t shoot sunrises and sunsets.

Colleen Miniuk-Sperry told the story of the evolution of her work.  About her period of photographing icons at dawn and dusk, she said she became “bored out of my mind.”

Deborah Hughes interweaves her largely abstract photography with stories and poetry which transform the combination into something much bigger that the sum of its parts.  I suspect I was not the only one tempted to skip her morning presentation, hearing the voice of the internalized third grader saying, “not poetry.  Eeewwww.”  Quoting Billy Collins, she suggested that we “walk inside the poem’s room and feel the wall for a light switch.” As she concluded, Deborah was greeted with a warm, surprised enthusiasm from the whole group.  I’m so glad I went.

This was Jerry Dodrill’s first year presenting at Moab.  I’ve written before about what a huge inspiration Jerry has been to me both photographically and personally.  He told an intensely personal, difficult story to the group in the context of telling personal stories.  I was moved by his courage.

As for me, I decided to embrace the personalization theme and avoid the cliché shots, at least for the most part.  Avoiding Mesa Arch at sunrise, I used telephoto to carve out sections of the grand landscape and used very wide angles to convey the grandeur of rock formation with an up-view.  I kept my eyes open for twists of the light which moved me, like the reflection of afternoon cliff light in Hunter Creek.

There was one iconic place that my spidey sense told me I needed to go to.  Once obscure, False Kiva has been popularized by photographers and now has a fairly well-marked approach trail, though it doesn’t appear on park maps.  Still, I had a contemplative hour alone there on Earth Day, sitting in an alcove high above the canyon and watching raven acrobatics in the gale-force wind.  Apparently there’s some controversy about the age of the ruins there.  They may be Ancient Puebloan, I’m told, but also may have been built in this century.  I have reached out to experts and I’ll update this as I learn more.

I tackled the long drive home with gratitude for new ideas and friendships.

The rest of my favorite images from the week are in the Utah Gallery on the website.
Posted by Rebecca Wilks at 12:08 PM No comments: 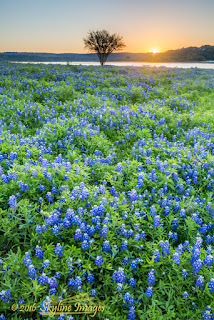 1. Flowers.  We came for the bluebonnets (known everywhere but Texas as lupines) but were thrilled to see equally spectacular red carpets of Indian paintbrush and a smattering of other native wild flowers.  My host timed our visit just right and the flowers were everywhere.

2. Friendly folks. We had tips from all sides, taking us to beautiful places we never would have found on our own, including... 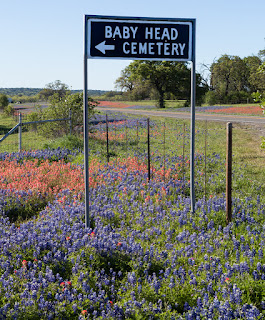 3. Cemeteries.  Really.  Several of them are very old and they seem to be great places to see flowers.  There's even one called Baby HeadCemetery.  Who could resist that?


4. Barbecue.  My husband used to live in Houston and he was really looking forward to Texas BBQ. Our favorite was Inman's in Llano, which is not pronounced as it would be in Spanish.  Live and learn.  Pork, sausage, brisket.  Oh, and we hit Chuy's Mexican Restaurant, a downtown Austin legend since 1982.  Mmmmm tacos.

5. Wildlife.  I wasn't expecting this; birds of prey, coyotes and foxes, and even a dead raccoon (I know; eeeew).  I was warned about snakes and despite looking compulsively I saw none. The best unexpected treat was watching many hundreds of white pelicans raft up for the night on Lake Buchanan, apparently a migration stop. 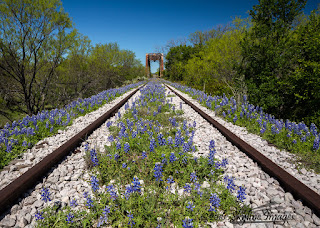 6. Fences.  Maybe not such a great thing, but notably different from home.  Nearly all the land is private.  We found bluebonnets growing thickly on abandoned railroad tracks and had just gotten a couple of shots off, talking about coming back at first light the next morning when we heard the siren.  I don't know who this guy was, but he did explain that if he were a "turd head" (I couldn't make this stuff up) he'd be calling the sheriff.  This begs the question, of course; why is this guy who was clearly a linebacker in high school driving a pickup with a siren if he himself is not the sheriff?  My husband was having that conversation and he didn't ask, so I'll never know.  At any rate, sunrise at those tracks is the one that got away.  Sigh.


7. The tribe.  There's a loose association of photographers from all over the country who are mostly women and mostly met in Maine a few years ago.  We're making good on a plan to show each other our home turf.  This was one of those trips and I'm so grateful to Gwen for hosting.  Next stops; Arizona in November and perhaps Washington DC next Spring.


There's always something to look forward to.


Thanks for the read.


More Texas Hill Country images as in the More Places Gallery on the website.
Posted by Rebecca Wilks at 9:18 AM No comments: