Spoiler alert: it really doesn’t matter, especially as I get older.

I do want to balance that lone wolf attitude with an effort to take advantage of the benefits of sharing, especially on social media.  Perhaps I can raise awareness about wild places and their conservation.  I also hope to share peace and beauty for their own sake, and for everyone’s benefit.  Maybe I can also participate in the social media network of inspiration that has helped and motivated me so over the years.

In any case, it’s not about the “likes.”

That being said, I never can tell what will be popular, though snapshots of my dogs (past and present) do seem to reliably get folks’ attention.  I’ve especially noticed how bad I am at predicting images’ popularity since I’ve been branching out into tabletop photography to shore up my mental health as I spend so much time at home.
Perhaps the skull images shouldn’t have been a surprise, but they were.  To me, these borrowed gems are positively elegant.  Apparently, I’m more or less alone there; At the Out Of Chicago Live conference, Mike Moats said, “people don’t like dead things.” 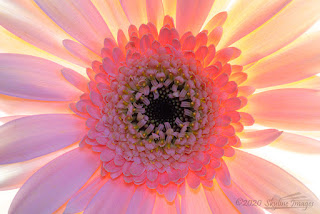 Flowers are often a hit, but the backlighted Gerbera series and morning photographs in our local cemetery (the opening shot) really took off.  Who knew? 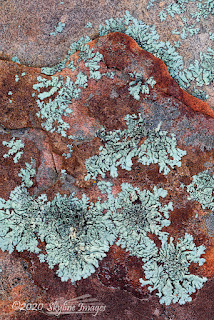 I posted this lichen image from a recent camping trip to the Mogollon Rim, thinking (as much as I love it) that it would be a social media dud.  It turns out that you liked it, too.
The lichens were, in fact, much more popular than the landscapes. 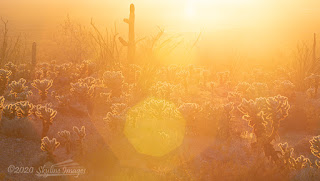 This shot from Kofa National Wildlife Reserve seems to have been deeply moving only for me.

In disclosure: I’m no influencer, but am thrilled to connect with those who show up, no matter what they like.

Mostly, my deepest rewards come from the images that move me.

There’s more on the website.
Posted by Rebecca Wilks at 5:01 AM No comments:

When is it Going to Rain?

Fire season.  We in the southwest are waiting impatiently for the monsoon rains.  In Yarnell we’re edgy about fire in general.


My husband and I had planned a trip to the North Kaibab Forest, Gypsy the dog’s first real time out in the camper.  The day before we left, that area shut down because of the Mangum fire.  We pivoted, choosing another high – altitude area (it’s June after all), the Mogollon Rim.


The Rim forms the southern end of the vast Colorado Plateau.  It is named for Don Juan Ignacio Flores Mogollón, a Spanish Governor of New Mexico in the 18th century.


I love to start camping trips on a Sunday, watching the weekend exodus and enjoying solitude in the forest.

For our first stop, we sacrificed photogenicity for dog play, camping at the head of a trail which took us to a creek with deep pools.  We knew she was a water lover, but what fun to watch her work up the courage to swim in water over her head.

Random exploration payed off again, as we found a deserted area tucked into pristine ponderosa pines and Gambel oaks, lupines and fern.  My husband is naturally restless, but even he liked this spot enough to spend two nights.  Layover days are conducive to naps and hammock time, between hikes.

I had time, too, for experimenting with “intentional camera movement” and the image above is two of those images combined in photoshop.  It’s an abstract which retains an almost subliminal feel of the forest.

On our last night we took in one of my favorite spots, a quiet cove on the Rim’s edge.  We’d smelled smoke from the Bush Fire (50-60 miles away) through the whole trip, and from this spot, the rising sun filtered through the smoke plume.

As we sat on the edge, we thought for the hundredth time, “When is it going to rain?”


More is on the new Mogollon Rim Country Gallery on the website.
Posted by Rebecca Wilks at 1:19 PM No comments:

Love in the time of COVID 5; Automatic Mindfulness

The news has been stressing me out.  Maybe you feel the same way.  In any case, I’ve been heading to Prescott early on grocery days and putting my kayak in at Watson Lake.  Paddling around (and, I admit, sometimes passively drifting) this morning, I realized that this was more than just a diversion.  It’s peace.
I’ll bet you recognize this line from Wind in the Willows, “There is nothing -- absolutely nothing -- half so much worth doing as simply messing about in boats.”


There’s a cushion between me and all that other stuff when I’m out there, and automatic mindfulness noticing the call of the canyon wren, the lecherous dragonflies, and the glowing backlight in the spring-green cottonwoods.  I count this place as one of my blessings.

Here are two more…
A couple of weeks ago my camera and I bugged out to Marble Canyon for a couple of nights.  I visited the Ancient Puebloan pottery sherd that I stumbled on last year, had some hammock time, explored the canyon rim, and experimented a bit photographically.
When it was time to go, a horse blocked my way.  I expect she was looking for a treat, but I like to imagine she was telling me that I was welcome in this place.
Last week I’d done some planning to photograph the full moon rising beside Antelope Peak, a local landmark.  I was disappointed with the cloud cover blocking the moon and plopped down on my back to photograph the Turkey Vultures (we’re country folk around here and tend to call them buzzards) fighting for the best roosts on the microwave tower.  I’ll admit to a bit of disappointment.  Then the color showed up and I remembered, for the zillionth time, that it’s important to be flexible.
I’ve got some stuff planned; I’ve collected some stuff from an old mining trash heap (midden if you’re archeologically inclined); there’s another tabletop session in my future.  Also, my hard-working husband has consented to join Gypsy and me camping up north, and I imagine my camera will go there as well.

Until then, there are some more images in the Spring 2020 Gallery on the website.  Thanks for stopping by.
Posted by Rebecca Wilks at 3:41 PM No comments: