Some Kind of Magic

Bumping down a dirt road on a COED trip, toward a primary school in Chimazat, Guatemala, one of the other Rotarians in the vehicle asked me how I got into photography.

I told her that I’d started with 35mm Black and White work as a teenager, got distracted in College, and picked it up again with the new wave of digital cameras in the late 1990s. 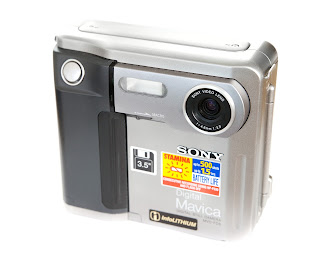 My first digital camera was made by Sony.  They called it the Mavica.  It was a 0.6 megapixel wonder which stored photos on a 3.5” floppy (1.44 MB).  It was some kind of magic.  No film, no restraint.

Of course, the resolution was rather low, but it was my gateway drug.

The kids in rural Guatemala are getting increasingly savvy to technology. Mostly, that’s because mobile phones are ubiquitous; I’ve heard that there are twice as many mobiles as people there.  Land lines just never got out to the tiny villages so they skipped that step.

Even so, one of the best ways to engage shy kids there is to take their picture (this works best with a small group of friends) and show it to them on the camera LCD.   Judging from their reactions, you’d think it was, in fact, magic.  The second shot is always better.

I also had a chance to photograph the active volcano called Fuego at night.  After two hours waiting, our guide urged patience.  He was right because we did eventually see one spectacular eruption.  Night photography requires long exposures, among other things, so I only got one chance at this 25 second shot.  Afterward it was all smoke.  Looking at the LCD afterward I felt the same magic as those first Mavica shots.

It’s my joy to invoke this magic whenever I can and my hope that it serves as an inspiration.

Posted by Rebecca Wilks at 12:03 PM No comments: