Another year already?  Never mind, it was replete with blessings.

Here, the fifth annual Monthly Favorites post, an exercise in editing and impossible choices for me (is there a distinction?), but perhaps a bit of fun for you.

The Grand Canyon snowstorm.  Most visitors bailed out for fear of getting stuck.  My strategy was to hunker down and photograph until the "solar snow plow" cleared the roads.  I had the pleasure of staying in a historic home (thanks to GCNP Ranger Jess Pope) and running into some other good friends quite by accident. This image brings back the crisp, still air and crunch of snow underfoot as I cruised the Rim Trail in solitude at first light.


Either a brilliant idea or totally nuts, a small group of photographer friends took advantage of Colleen Miniuk-Sperry's knowledge and connections in Acadia National Park to enjoy Maine in February.  No regrets.

I made a run to Peridot Mesa, on the San Carlos Apache Reservation, with friend and mentor Kerrick James.  Unfortunately the required permit wasn't available at the first two places we stopped and there was sticky construction on Highway 60. By the time we got to shooting, the sun was high and the light harsh for wide landscape photography.  I had fun using my handheld diffuser and a shallow depth of field.  This one was a photo of the day on the Outdoor Photographer Magazine Website.  Somebody accused me of pumping up the saturation of the oranges, but this (as desert dwellers will know) is the true color of mexican gold poppies.

A side trip from the Moab Photo Symposium, this morning at Dead Horse Point State Park (Utah) with photo friend Kim Gray had it all; setting moon, delicate color, and a sexy foreground tree.  Like many of my favorites, I look at this image and recall the feel of the air, scents, and texture of the rock.  Can you hear the Canyon Wrens?

After three years or so exploring the more isolated views of the Grand Canyon, I've found some favorites.  This spot in the Buffalo Ranch area does provide spectacular views, but also consistently surprises me with what's at my feet.  I know I'll keep coming back here; it's good for my soul.

Two weeks on the road in Northern California and Nevada.  How do I choose a favorite?  This is one of those photogasmic moments I've written about.  Our little group rolled out of bed at 3:15 AM and stood (on the side of the road, no less) wondering what gifts the light would give us.  Slowly it dawned (no pun) on us that we were witnessing something rare.

Bears.  I just can't seem to choose a favorite image from this trip to Katmai National Park in Alaska.  Here's one I'll use to sort of symbolize the whole body of work.  I have such gratitude for my traveling companions, Guide Chris Cornetet, and especially Stan Cunningham (our fearless leader).

The Grand Canyon has been photographed and rephotographed. This image highlights two of my strategies for presenting a different take on this unparalleled place.  First, I love to photograph it when clouds provide light and shadow, highlighting its contours.  I've also used a longer focal length (telephoto lens) to carve out details and leave distracting busyness behind. You could say that the black & white treatment simplifies and provides a different view as well. In any case, I love the line and curve of this unassuming shot.

I don't know how I continue to do this annual post, because the choices are too difficult.  September included the New Mexico Badlands, spectacular scenery on the Navajo Reservation, the turkey vultures which inhabit Yarnell, a cool studio project with feathers, and a fun day with the Arizona Game & Fish Tortoise expert, Cristina Jones. You'd think I'd choose a distinct location, but we're back at the Grand Canyon.  I was thrilled to stand in a drenching monsoon storm (alone, of course.  All the sensible folks found shelter) at the East end of the park, watching curtains of rain pass through and the play of light.  There was a rainbow that same afternoon, but I prefer this subtler composition.

October
I'm crazy for Fall color and equally nuts for the natural areas around Central New York.  I showed up at Enfield Glen at the first blush of morning light and made this 30 second exposure.  There's alchemy in this old CCC stone bridge and the way the fallen leaves outline the topography, blurring the distinction between the natural and the human-crafted.

The Southern Arizona trip was fabulous, and presents another challenge choosing a favorite.  I'll pick this one, partly because it didn't make it to the original post.  I couldn't get over the color of the water in this little pool in Cave Creek Canyon, and the sycamore leaves which anchor the composition.  I had to blend images at different ISOs to have the little cascade blurred, the water transparent, and the leaves still.

December
The Winter Solstice trip has become a tradition with mu husband and dog, our favorite places being the ones which offer solitude.  Lee Flat was a new location, and we were completely alone.  Thank goodness for the camper with its propane heat, because the temperature got as low as 16F.  The freezing rain and later snow was spectacular and well worth the inconvenience.  We climbed a hill, rather uncomfortable in the chill wind, and were rewarded with back-light on the icicles sported by a joshua tree.

Thanks for riding along with me through the year.  Best wishes for all your 2017 adventures!
Posted by Rebecca Wilks at 5:38 AM 2 comments:


There’s a lot to do preparing for a week-long camper trip in the winter.  In my own defense, I think I did pretty well, except that I forgot the dough. My friend Colleen, also a truck-camping photographer, told me about a little collapsible oven, made by Coleman, that sits on top of a burner.  We (which in this case means my husband the tinkerer and cook) tried it out during the Thanksgiving trip with slice and bake cookie dough and it worked great.

Our first night, at some secluded dunes in Death Valley National Park, I discovered my error and we rested easy in our assumption that we'd find it the next day, either in the town of Shoshone where we planned to stop for gas or at the little grocery at Furnace Creek.  Not so much.  We spent the night the only developed campground we’d visit during the week, and I had a wonderful, stormy morning at the Badwater Salt Flats.

Heading west, we had no luck at Stovepipe Wells or Panamint Springs looking for the goods.  We spent two nights at Lee Flat, a wonderland of Joshua Trees and a great place to be alone.  When the snow came Christmas Eve, I’d forgotten about our quest and didn’t even mind the cold.  Freezing rain had formed icicles on the Yuccas, too.  To be fair, we indulged in homemade tamales and good red wine that night, so I can’t complain.  As we headed for civilization, though, I could almost smell cookies baking.
No doubt you’ve intuited that our next stop, the grocery in Lone Pine, disappointed us as well.  We did get a propane fill there.  For the record, Furnace Creek is the only place in the Park for that.


Off we went, then, to Alabama Hills without cookies.  Fresh snow had blanketed the Sierra in the background.  Luna was loving all the rock–climbing challenges there too.  A few months ago, we thought she was just too old for this stuff.  A perceptive veterinarian discovered that all she needed was thyroid pills, and now she plays like a pup again.  We called this trip the Doggie trifecta; sand, snow, and rocks.

We had an epic journey, and absolutely nothing important was missing.  Really.

More images from this extravaganza are on in the Desert Gallery on the website.
Posted by Rebecca Wilks at 3:01 PM 4 comments:


Inspiration can come from anywhere, really.

For this project I credit my friend, photographer Lee Zeitelhack.  A couple of months ago he posted images in a private Facebook photography group of his special objects.

I got thinking that some sentimental things hold stories for me as well.  If photography is about conveying emotion, I hope that images of such things bring out their tales. 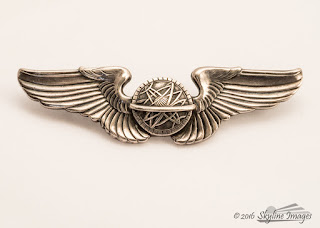 Dad has been gone for 29 years.  He was a WWII era navigator in the Army Air Corps, though he was just young enough that he didn’t see any action.  These are his wings.  They made them in sterling then and they have a solidness that speaks to me.  Sometimes I wear them as jewelry. 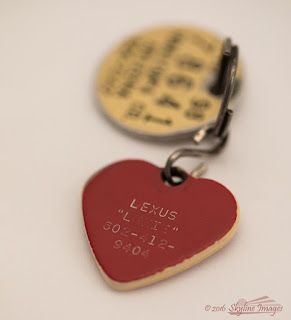 I was single for a decade or so after divorcing.  Lexie was probably a border collie; I brought her home from downtown Phoenix where she was abandoned as a puppy.  She was my buddy.  If I’d had any idea how difficult she would be, I would have run the other way.  Life’s funny that way. 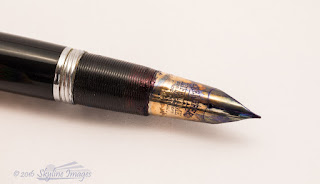 Mom did all her desk work for thirty or more years with this Sheaffer’s fountain pen.  She used turquoise ink.  Remnants of the ink are still on the nib, which is one of the reasons I’ve not cleaned it.  If a right-handed child used the pen, broken in by left-handed Mom, we had a big unpleasant event at home. 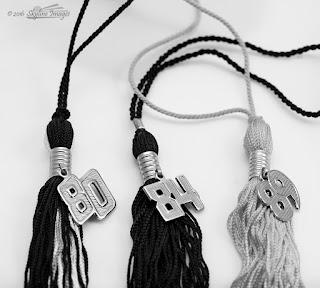 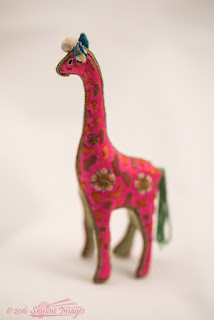 When I was in the single digits and still living in Los Angeles, Dad and I had a Sunday morning tradition.  We went to breakfast, just the two of us.  Mom and my sister preferred to sleep in and my brother was away at college by the time I was 6.  At first we went to iHOP, but we had really bad service one morning and he stormed out, with me in tow, never to return.  I was pretty upset at the time, but we revised the tradition and started going to upscale hotels for Sunday breakfast.  I remember playing with the switchboard (yes, big plugs like the movies) at the Beverly Hillcrest and enduring the wrath of the swans in the pond at the Bel Air.  One morning a man visiting from Japan came to our table in the Bel Air Hotel dining room to chat and gave me an embroidered pink giraffe.  There’s no telling why this made such an impression on me, but I continue to enjoy it nearly 50 years later. 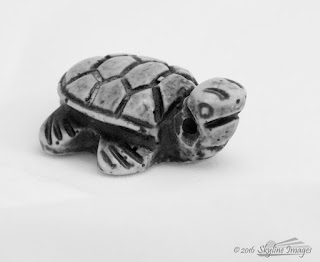 In 2006 I had the privilege of traveling in Mongolia with a Buddhist Khambo Lama who was teaching traditional Mongolian Medicine in his monastery. He spoke only limited English.  As he was walking our small group through the museum which would have been his home had he been from the previous generation, he ducked into the little gift shop and bought me this tiny turtle.  His expression was very sincere.  It was on a beaded keychain at the time, and rode around on my camera bag for years.  I don’t know what the significance was, but this was another gift which made an impression on me and which I’ve held on to.

I know, they’re just things, but I love the way they jog my memories.
Posted by Rebecca Wilks at 3:25 PM 2 comments: