A month has passed since the tragedy in Yarnell, AZ.

My husband and I spend weekends there and in many ways, our hearts live full-time in the inseparable communities of Yarnell and Peeples Valley.

The bad stuff continues to be all over the news.  I’d like to say a few words about the good stuff.

Our community has rallied.  We hear it over and over from State and County officials, as well as folks from The Red Cross and various other disaster relief agencies; they can’t believe how quickly we’ve come together.

I see it in action.

Sunday night, as many of us watched the reports on the progress of the fire, guessing whether our homes had been engulfed, we began to strengthen our network.  An email list began and Facebook was mobilized in force for information sharing.  Over the next few days community members created a website to share information.  News from community meetings held in the shelters in Wickenburg and Prescott was quickly shared with folks who couldn’t be there.

By Friday, just five days after the town burned and three days before the evacuation order was lifted for Yarnell (Peeples Valley residents went home Thursday), we were meeting, largely by phone, to begin to create the committee structures we’d need to tackle the work ahead.

Now, we’ve had a dazzling outpouring of donations of goods and money, volunteer time and talents.

There are so many stories.  Here are a few. I’ll leave the names out but, of course, if you live there you know who I’m talking about.

One local religious leader has tirelessly spread love, comfort, and a remarkable knack for creative problem-solving.  He’s facilitated donations to pay rent for those who would otherwise have nowhere to go, participated in a plan to help local businesses hang on despite the strain of the disaster, and has helped us deal with anger and fear so that we can all better help each other.

More than one resident, having lost everything, has though first about how they can be of service to others.

A man whose beautiful home and trees were essentially vaporized began planting Facebook posts about the fire to make us all laugh.  He talked about what a gift it was that he wouldn’t have to paint the house after all, pondered why his wife had neglected to pack some of his favorite sweaters, and offered his (thoroughly charred) car, “For sale: 1996 Miata. May need a tuneup.”

This one requires a bit of explanation.  Yarnell is the summer home of several hundred Turkey Vultures. We think of them as our town mascots. You’ll forgive us for calling them Buzzards, I hope.  We also call the Javelinas “Pigs,” though we do know better.  But I digress.  So, some locals came up with the brilliant idea of creating a buzzard-decorating contest.  The birds in question were about four feet tall and made of plywood.  They made their debut during our annual town festival in May.  There were 30 or so and themes ranged from “Easy Rider” to “Hippy” to “Nun.”  A group of us decided to gather some of them together to sort of reclaim one of the burned-out houses.  I was honored to be there to photograph the spectacle.

I posted a request from the housing committee for travel trailers to house folks until their homes could be rebuilt on Facebook, and had an almost immediate response.  I haven’t had much contact with this kind man in 20 years, but he not only donated an immaculate trailer, but mobilized his network to fill it with donations for the lovely and grateful woman who now has a place to live.  Others whose only real connection to our town is me have mustered their own resources and contacts in a heart-stopping cascade of generosity.

You get the idea… We mean it when we proudly say that our community is becoming stronger.  You can’t keep a good buzzard down.


We are all so grateful for the help.

If you want to chip in, there's more to do.  Here's the website for the Yarnell Hill Recovery Group. 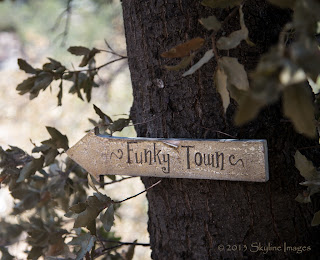 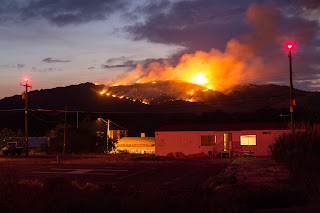 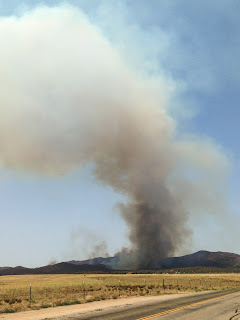 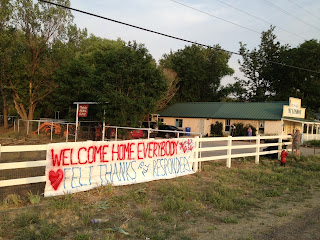 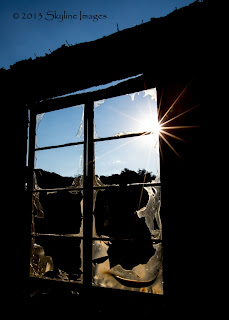