Lake Powell’s water level was 75 feet lower last week than it was in October 2012, the last time I had the pleasure.  75 feet.  If I think about that too much I feel the creeping approach of claustrophobia.

The lake is dynamic, a slave to hydroelectric demands and snow melt.  Typically these forces contribute to a low lake level, but there was a frighteningly dramatic example of the opposite during the “El Nino” runoff in 1983.  If you don’t know that story already, I highly recommend reading about it.

Not to worry; the powers that be are forecasting a 45-50 foot increase this season.  Arizona didn’t get much precipitation this winter, but the Rockies did well and a large portion of that drainage feeds the Colorado River.

I traveled again with the Glen Canyon Field School(that’s me and my husband silhouetted on the web page) for their week-long photography trip called “Lens on the Lake.”  These trips usually take place each spring and fall.  At their heart is the leadership of Master Photographer and area expert GaryLadd, and Captain Danny Woods (This Side of That Guide Service).

It’s impossible to overstate the impact of a dramatically different lake level on the scenery and opportunities here. Cathedral in the Desert (opening image) Looked like this 18 months ago, the waterfall completely submerged.
Day after day we visited slot canyons, caves, and other geologic features that were simply not accessible previously, and according to Gary, had not been for almost a decade.
This image of Danny and his son “walking on water” is a graphic example.
Perhaps the most telling image is this screen shot from my phone.  The satellite image was taken at a much higher water level. I’m so glad I wasn’t really bobbing in the water while waiting for sunrise light near padre butte.
I can’t recommend this experience enough, and the last I heard there were openings on the fall trips.  Maybe I’ll see you there.


More2014 Lake Powell images are in the Page and Lake Powell Gallery on the website.
Posted by Rebecca at 12:14 PM 1 comment:


I would have been driving home today.

I might have known.  This trip had undergone several transformations already.  I didn’t go to the Grand Canyon because I had been hoping for snow.  Two people who were planning to travel with me ultimately did not.  Still I had done my research and planned three nights in Death Valley National Park and Three in Valley of Fire (Nevada) State Park. 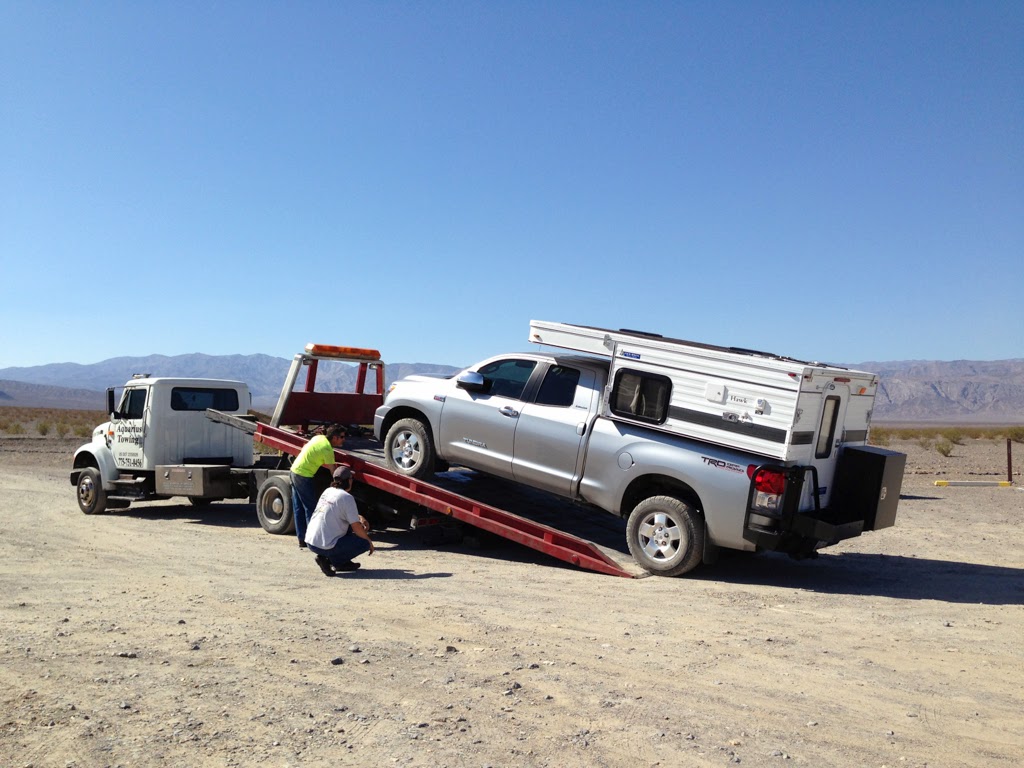 I had a chance to do one sunset and one sunrise shoot.  Then my truck wouldn’t start.  I’ll avoid laying out all of the details, but I bought it new nine months ago, it doesn’t seem to be any of the obvious stuff, and five days later the Toyota dealership in Las Vegas (a 160-mile tow) still doesn’t know what happened.

So I came home, after giving my beer and fresh produce to the nice man who works at the Stovepipe Wells store.  He let me use the phone, and gave me a list of towing companies, and lent moral support.

I don’t think I handle disappointment gracefully.  There’s really no way to talk about this without resorting to platitudes.  Some things we just can’t control.

I saw friends and enjoyed a couple of shoots near home; Jewel of the Creek Preserve in Cave Creek (AZ) and Watson Lake.  They were both spectacular and went a long way toward healing my wounds.

Thanks for visiting.  I wish you all only the very best behavior from your vehicles.
Posted by Rebecca at 3:40 PM No comments: