On the last morning of six shooting the Central California Coast, squishing through 3 inches of sucking mud (thank goodness for waterproof boots) I was reflecting on good fortune.  The mud in question was in Doud creek, famously choked with calla lilies.  These flowers are not native to California, but likely escaped from a garden long ago.  Even so they are a favorite subject for photographers.  We were a few weeks early for their bloom and so were delighted to see the flowers in the canyon during an earlier reconnaissance (leaning out the car window looking for blooms) mission.

As I think of it, from Pismo to Carmel there were fortuitous events. 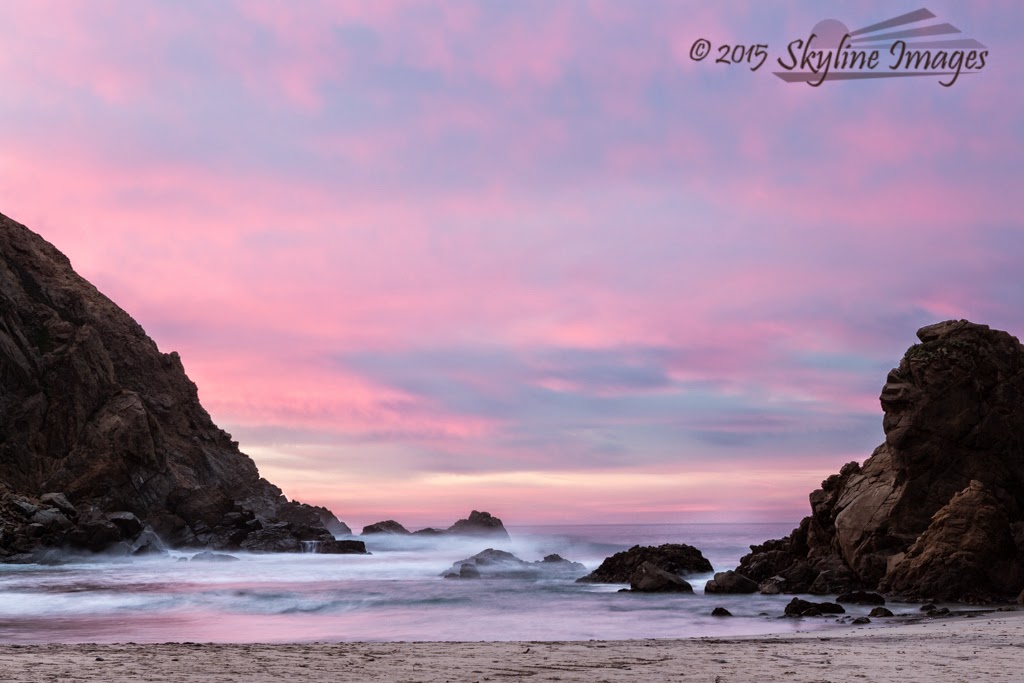 Breathtaking ephemeral pink sunrises, like this one at Julia Pfeiffer Beach, appeared just long enough to get off one or two images.  I was running down the beach to grab this one and I’m glad for it. 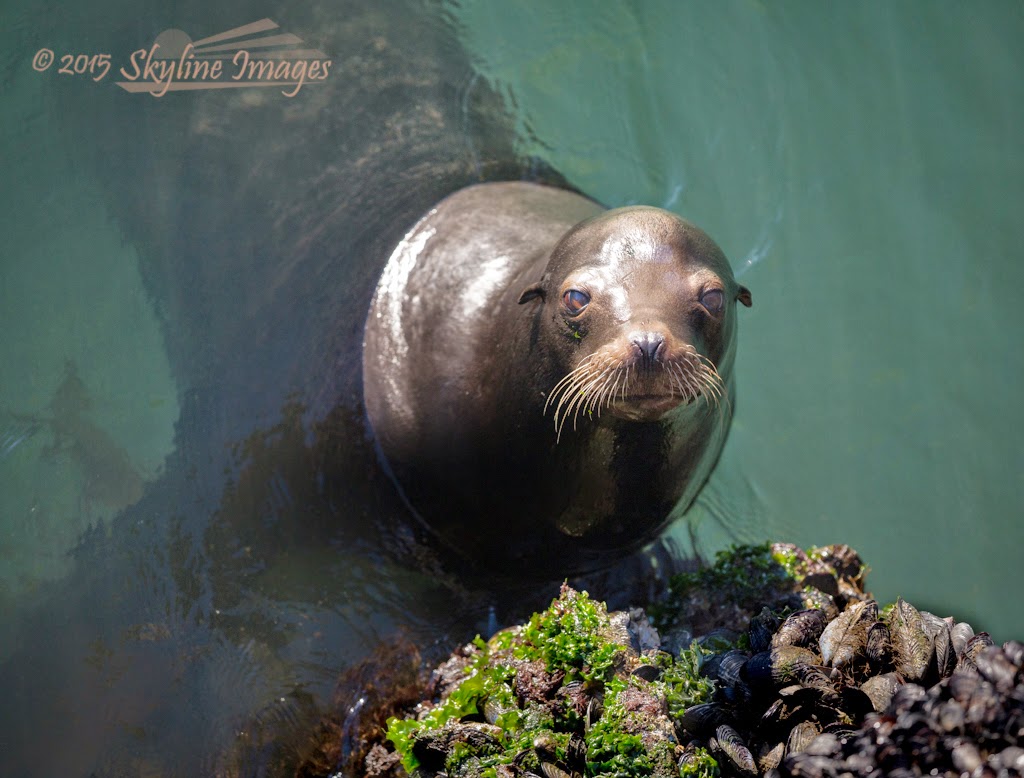 Though the Harbor Seals probably lounge every day on the Harford Pier in Avila Beach, we felt as if they were posing and playing just for us. These images were worth lying prone (in prodigious muck) with my chest off the edge of the pier.  Who knew – we thought we were going to shoot only landscapes this trip.

A swell was coming into Carmel just before we headed to the airport.  The waves were elegant and powerful, but so much more so with rainbows in their mist.  This felt like an almost cliché lucky ending to a charmed week.

More lucky shots are in the Northern  California Gallery on the website.
Posted by Rebecca at 10:11 AM No comments:

If I go too long without photographing out in nature I start to get uncomfortable.  Jumpy.

There’s a trip planned for next week, so relief is in sight.  Still, I’m hoping that writing about the last trip might help me to limp along until then.

Those of you who have been reading the blog for a while know that according to our tradition Thanksgiving is the family holiday and Christmas week is for traveling.

My husband and dog (both of whom seem to have ADD) and I decided to hit some new places this year.    Valley of Fire State Park, the oldest in Nevada, is a 42,000 acre gem packed with some of my favorite things, especially weird rocks.  We camped in the nearly empty campground (cushier than we’re used to with flush toilets and showers) and scouted all over the park.  I fell in love with this little pink and yellow slot; kept coming back.  I’m still not done there and I feel the same about the rest of this park.  Stay tuned; there’ll be more to come.

We met some friends in Tecopa CA, a town that I’d never noticed despite passing through several times on the way to Death Valley.  After a sleepless (very windy) night in the camper, we took in the Amargosa Opera House tour (I’ll just say that the desert brings out the quirky) and retreated to Death Valley to catch up on sleep and effect an attitude adjustment.  We set up in a wind - sheltered area and crashed.

The next couple of shoots were in the sand dunes.  The wind created some interesting conditions there, so I dressed my camera in rain cover and climbed on up.  Dunes are magical and improbable, fluid.  I think they remind us to be kids.  Photographically they are all sexy lines and curves, inviting the minimalist composition.

There had been some chatter in one of my favorite Facebook photography communities about the Mojave Preserve, between Death Valley and Joshua Tree.  It looked like several people were going to come together there, and I was excited about shooting there for the first time.  The party was a little smaller than we expected, but we did have a delightful opportunity to meet a FB friend and his wife in the real world.  As promised, the Granite Pass area was striking.  We had just the one night in Mojave, but there’s a lot more there and again, I’ll be back.

Finally we dropped by Quartzsite to visit with a friend, setting up for the Gem and Mineral Show.  The show runs through January and is worth a stop; a temporary city in the desert with ample people watching as well as rockhounding.

There are a couple more holiday traditions; New Years in Yarnell-Peeples Valley and the early January skiing in Utah.  Oddly, we had fabulous snow in the Arizona Mountains but not so much in Utah.  In fact, conditions were so sketchy that we skipped a day skiing and ended up in Antelope Island State Park to wrap up the season.
Thanks for helping me ward off antsy.  Stay tuned for the Central California Coast.
Posted by Rebecca at 9:21 AM No comments: