I want to tell you about my ride, but first the important part.

In Rotary we call this The Ride to End Polio.  It’s a part of the famous El Tour de Tucson, a 36-year tradition and traffic nightmare in the Old Pueblo.

Since the 1980s Rotary has partnered with WHO, CDCP, UNICEF and (lately) with the Bill and Melinda Gates Foundation toward the eradication of the disease.  Endemic polio exists in only three countries now and worldwide eradication is nearly here.

I won’t bore you with more than my one favorite statistic; 17.4 million people who would have been disabled by polio since this project began are not.  Let that one sink in.

This year it was a family ride.  My nephew, his wife, her dad and I all rode 52 miles and lived to tell about it.  We didn’t see much of each other during the ride, and though I had some short conversations with folks on occasion I was mostly on my own.  The plan was to keep it casual, but I got swept right up in the excitement and decided to see what I could do.  That is, I got rather competitive with myself.  This was the longest distance I’ve ridden and I’ll estimate that, subtracting the rest stops, I held about a 4:10 pace.  That’s really remarkable only to me, but I’m darn proud of it! 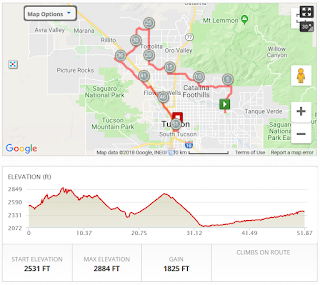 Perhaps you've experienced a physical challenge that becomes mostly mental.  I’ve felt that on some hikes, like the Mount Whitney climb I did before I crossed the threshold into middle age.  It’s tough but feels pretty cool to get past that point.  On Saturday, I had an unlikely savior.  I was planning to grind right past the last rest stop, at about 46 miles.  They had a sign out on the route that said “brownies.”  Oh my.  Laugh at me if you must, but those (two!) brownies were the mental boost and attitude adjustment I needed to get it done.  They were good, too.

I’m incredibly grateful to the donors who supported polio eradication in honor of this ride.  My current total is $6042, which will be matched 2:1 by the Gates Foundation to $18,126.  In case you’re wondering, its not too late to donate; ask me how! 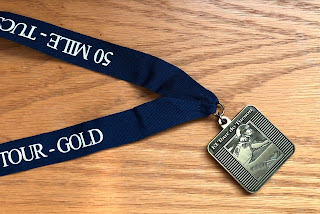 Beth, my riding partner from last year, popped up on social media saying she’s excited about riding in 2019.  I haven’t ruled out the possibility but am reminded of a thought I had when I was working as an Obstetrician.  It’s OK to ask a new mom if she’s going to have another baby, but not so OK to ask in the delivery room.

Beth could probably talk me into it with brownies, though.
Posted by Rebecca Wilks at 4:01 PM 2 comments:

Carbonite; Not the good guys.


So, I had a computer drive fail.  3.6TB of image files, basically 15 years of photography.


As it turned out, my Raid array had also failed, so I was left with my third and final copy, with Carbonite.  In case you don’t know, they’re a cloud backup service.  My purpose in writing this blog, in addition to venting, is to dissuade you from doing business with them.

I set up their “restore” utility and started to download my files.  It was slow, but the window said I’d need to wait “a few days.”  Fair enough.  The next morning I did the math, and found that the actual time to completion would be about 90 days.  More than a few by any definition and too long for me, so I reluctantly paid $99 for them to courier a physical drive to me.  They said I’d have it in one to three days.  I put my life on hold for the signature-required delivery and waited to hear from them.  The drive arrived after six days, and (I discovered after copying files overnight) was missing the last 6 months of my work.  Who knows more might be missing, but my image folders are labeled by month so I could see that gaping hole at a glance.


Even better, a text file on the messengered drive listed the files not downloaded because they were corrupted.  This is expected, and I wasn’t going to get upset about a few lost images.  That is, until I saw the number of corrupted files: 218,384.  Yes, really.


I spent an hour on the phone with them, my “case” being “escalated” and hanging out on hold waiting for one dude to “talk to a manager.” At this point, any response except “we made a mistake and we’re going to bend over backward to make it right” was unacceptable.  I asked, could they just send another drive?  No, they would “assign an agent,” who would call me about the issues within 24 business hours, which meant Wednesday, I guess, this being Friday.  I asked for clarification but got none.


At this point, I took my drive to Data Doctors and brought them a nice fresh external hard drive in the hopes that they could salvage data and put it there.  For $99 they do diagnostics and if there’s anything to save they charge another $150.  Money well-spent, and they were kind and professional.


The Carbonite “Senior Escalation Team Member” Emailed me, offering to speak with me by phone.  The email came in at 1:55PM.  They’re in Boston, so that’s likely 5 minutes before he left for the weekend.  I answered less than ten minutes later but heard nothing until Monday when he offered me a telephone appointment Wednesday.


By then I had heard the good news from Data Doctors that they’d made a full recovery from my bad disk.  I was not so anxious to work with Carbonite at that point, but did have some questions.  In summary I learned that the 200,000 plus files were indeed corrupted.  Maybe they could reduce that number but there were no guarantees.  Also, the last six months of my work were not going to be recoverable.  They just didn’t have them.


I’ll be shopping for another service of course but as for you, please think twice before hiring this company, even if you don’t have a large amount of data.


Here’s wishing you only good luck with your backups!
Posted by Rebecca Wilks at 5:00 PM 6 comments: