Loveliness is compelling indeed.  Colleen Miniuk-Sperry likes to talk about her "3 second rule," which requires that, having stopped to contemplate something for that long, a photographer should at least ponder whether there's an image to be made.  I'll go out on a limb to say that the thing that grabs us, whether consciously or not, is beauty.

Since a delightful weekend workshop photographing small things last month, I've been contemplating all this.  Nowhere is the value of paying close attention more evident than in macro (close-up) photography.  Sometimes a cursory glance at some of these subjects will fail to impress (or might even repel) us. A closer look is almost always worth the trouble and can be a source of great inspiration.

The reward is to "make visible what, without you, might perhaps never have been seen." - Robert Bresson. 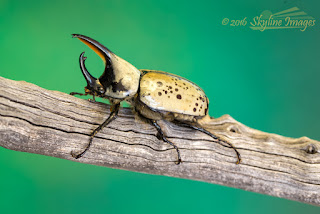 Exquisiteness not only gets my attention but arouses my curiosity.  Why does that beetle have fringe? What creates the purple crystals in that rock? What's the purpose of the wild coloring on that moth?  Our connection engages us. We want to learn more.

"If you invest wisely in beauty, it will remain with you all the days of your life." -Frank Lloyd Wright.

More small things are in the Miscellaneous Gallery on the website.

Other blogs in the Beauty Series:
Beauty #1
Beauty #2; Connection
Posted by Rebecca Wilks at 6:00 AM No comments:

Ok, I'll admit it.  I was out on the tundra in Katmai National Park in search of brown bears and what really made me nervous was wading the rivers.  I knew I wouldn't die.  Probably.  But if I dunked with my camera gear on my back I might wish I were dead. I'm risk averse when it comes to gear, not unlike a mother bear with cubs.  Plus, my experience wading in fast current up to my butt is lacking.

No harm no foul.  I had lots of help from Chris Cornetet, our guide, and Stan Cunningham, the bear and photography expert who organized and led this trip.

There was plenty to see; foxes, eagles, ptarmigan, and quite a few more photobombing gulls than we wanted.  My husband was learning to fly fish so I got a sort of peripheral education about the fish biodiversity and there was a moment wading down a long chute when we were herding sockeye in front of us as we walked and they got thick enough that we couldn't see the bottom.

Each day we set out in a seven passenger De Havilland Beaver. I remember having a conversation with a group of photographer friends once about the way modes of transportation can epitomize place; cable cars in San Francisco or gondolas in Venice.  Alaska's is airborne, specifically these 60-year-old lovingly maintained float planes. Alaska artist Jon Van Zyle says "flying feels as natural to Alaskans as driving does to most other people." During my first trip to Alaska I thought these flights would be no more than a means to an end, but I was mistaken.  I adored the overview of the landscape as well as the chance to see bears and moose from above.

The trip, though, was really all about bears.  I did a very similar expedition four years ago with Stan.  We had a great time, and the grizzlies seemed to be everywhere.  We spent a bit more time waiting and hoping during this trip, sometimes hanging out in the wind-battered wilderness waiting for hours and once in one of the infamous "bear jams" (think traffic jam, not toast topping) at Brooks Camp.  2 1/2 hours waiting to cross a bridge because a sow and cubs were sleeping close by.

There were moments, though, especially on day 4 after a three-mile jaunt through creeks (these watercourses would certainly be called RIVERS at home) and over tundra.  We found four adult bears fishing; charging through the creek after salmon and as if that weren't enough, a sow with two cubs downstream.  There was no cooling our heels on what we called "Tundra Tuesday," and we all came back to the lodge giddy with our photographic success.

And there were more cubs! One day at Margot Creek we were standing in the water when a sow brought her two cubs and parked them on the beach while she swung around us, presumably to fish.  We had nowhere to go, and Stan explained that sows are particularly fearful of boars, who often kill cubs, and will drop off the young close enough to humans to discourage the big males.  I suppose getting between mom and babies is less dangerous when it's her choice, but our guide was vigilant and we were all more comfortable when they moved on.

More images from this adventure are at the end of the Wildlife Gallery on the website.
Posted by Rebecca Wilks at 6:37 PM 3 comments: