Love the One You’re With 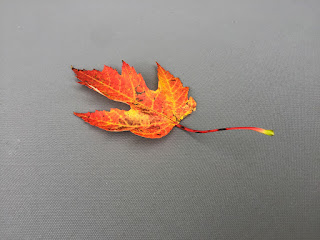 I’m nearing the end of four weeks without any serious shooting.  I had some family things and some volunteer responsibilities and I’m getting pretty antsy. My last real expedition was to the Grand Canyon’s North Rim over a month ago.

They say that the best camera is the one you have with you, a sentiment not unlike Stephen Stills’ “Love the One You’re With.”  For many of us, that means the mobile phone.

Sometimes I can’t put my hand on the camera (like that unexpected out-the-commercial-airplane-window shot), or I deliberately didn’t bring it, like a day with harsh light or out for a walk or bike ride.  Sometimes I think a phone snap is good enough because I’m unlikely to want to sell it, though I’ve been wrong on that assumption.  Sometimes I’m just lazy.

It’s not the same as a real camera, at least not yet, but it’s serviceable in good light and its available.  Lately I’ve been keeping an e-journal with photos on the Diaro app and have found that the exercise sharpens my way of seeing and is a whole lot of fun.

The bulk of what I played with this month popped up on walks.  My 12-year-old dog still insists that we go out every day.  We do an hour and she glares at me when I pause to shoot.

In Ohio for the fundraiser, there were some remarkable scenes.

We were in Buffalo with family.  The area has remarkable contrasts between urban scenes and farmland.  I didn't notice until putting this post together that I've rendered Buffalo in Black and White.  Interesting.

A Rotary International Grants Conference at the Franciscan Renewal Center here in Phoenix was busy enough to preclude any serious photography, though the place is full of potential.  I did fire off a few shots.

I know you’re concerned, so I’ll put your mind at ease.  My next road trip begins soon.  Stay tuned for the report!